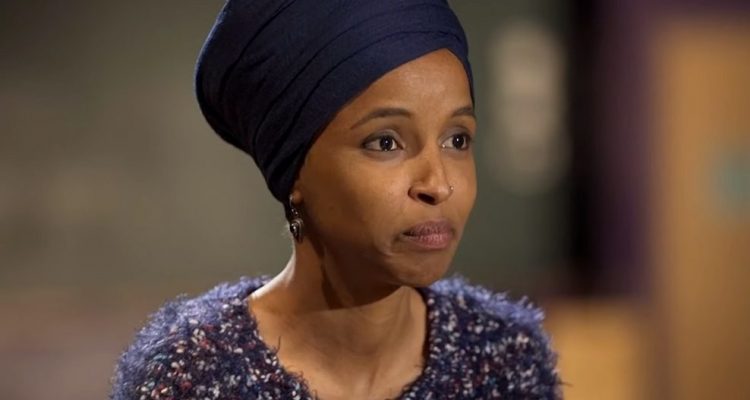 Reports across social media have spiked in recent days, alleging that Minnesotan Democrat Rep. Ilhan Omar is a foreign agent with ties to Qatar. Searches on the web have shot up dramatically, showing public interest in finding out what the truth on the matter is. According to Google, the top trending search shows people asking if she is a foreign agent. 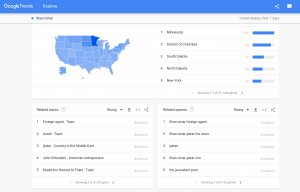 The story is that Omar allegedly used her position in the House of Representatives to access sensitive information which she relayed to Qatar and Iran. There is a sworn deposition that alleges she was recruited by a foreign government to pass confidential information which was communicated to Iran. She reportedly received funds from a foreign government. The sworn deposition was given by Canadian businessman, Kuwaiti-born Alan Bender, in a Florida court.

According to Imam Tawhidi, who has been posting related information from his Twitter account since July 25th of this year, he claimed that he had evidence against Omar. Tawhidi stated he is involved in a case against Omar and that he has a copy of the same deposition showing that Omar has connections to Qatar.

This thread will be one of the most important threads I make on Twitter. The illegal case behind this will be exposed with full transparency, in full details. For now, I direct the following information to: @realDonaldTrump, @VP, @jaredkushner, @DonaldJTrumpJr, @seanhannity. 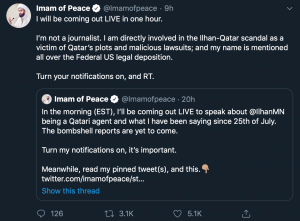 Tawhidi additionally posted today that he is experiencing backlash from the Qatari government. He stated, “Government of Qatar hired a NY based lawyer to demand that Twitter delete my tweets and suspend me for exposing their dirty deals in Congress and the mainstream media.”

No Comments on "Is Rep. Ilhan Omar A Foreign Agent?"