The Blaze: In Washington D.C. several hundred women were arrested while protesting. They were calling for the abolishment of the Immigration and Customs Enforcement (ICE). Democrat Senator Gillibran was interviewed by CNN’s Chris Cuomo calling ICE a “deportation force”. 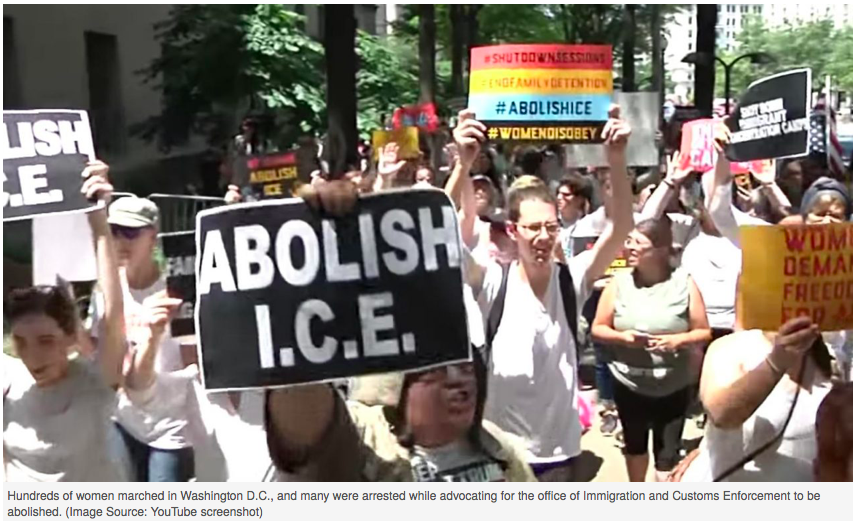 575 people were arrested by U.S. Capitol Police at the protest and charged with unlawfully protesting. Several Democrat lawmakers joined their demonstration, and Rep. Pramila Jayapal (Wash.) was arrested.

“It has become a deportation force”

Source: Hundreds Of Women Arrested In Protest To Abolish ICE – And A Democrat Senator Agrees |The Blaze