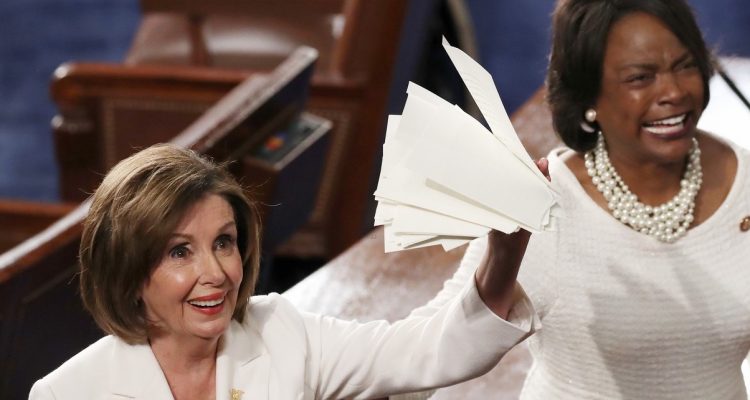 At the end of yet another historic State of the Union address by President Trump, Speaker of the House Nancy Pelosi could be seen tearing up his SOTU speech.
The speech came the day before he is expected to be acquitted of articles of impeachment in the Senate and a day after voting in the 2020 Presidential nomination process kicked off in Iowa. In comparison to 2019’s SOTU, when the President started his speech without the standard introductions given by the Speaker of the House, this year, he waited as she gave a brief introduction of him. Trump seemingly snubbed a handshake offer from Pelosi, while Republican lawmakers chanted, “Four more years!” However, while the President did not shake Vice President Mike Pence’s hand, either, it appeared he simply might not have noticed Pelosi reaching out her hand.
President Trump, took to the podium just after 9 pm eastern standard time, giving yet another rousing speech, including several highlights of his and the administration’s success. He covered the country’s booming economy, jobs, including unemployment rates at an all-time low ever recorded for black Americans.
Guests included the oldest surviving Tuskegee Airmen, the mourning families of Rocky Jones and Kayla Mueller, Janiyah & Stephanie Davis, veteran Paul Morrow, and an incredible surprise for a military family, reunited with Sgt. 1st Class Townsend Williams.

Highlights included the President awarding the Presidential Medal of Freedom to an emotional Rush Limbaugh, 69, who revealed an advanced lung cancer diagnosis to his listeners on Monday. First lady Melania Trump, seated next to the conservative radio host, presented the medal to Limbaugh, fastening it around his neck.

In contrast to 2019, this time, the President was met not only by cheers from the Republicans, but Democrats could also be heard yelling out, “not true,” when addressing health care. Comments on social media claimed that Pelosi mouthed the same words, and also shaking her head no.

When questioned by media reporters afterward, Pelosi said she destroyed the speech “because it was the courteous thing to do considering the alternatives.” She also stated that she was “trying to find one page with truth on it” but “couldn’t.”

While it’s debatable what her true intentions were, as the old familiar saying goes, “a picture is worth a thousand words.” 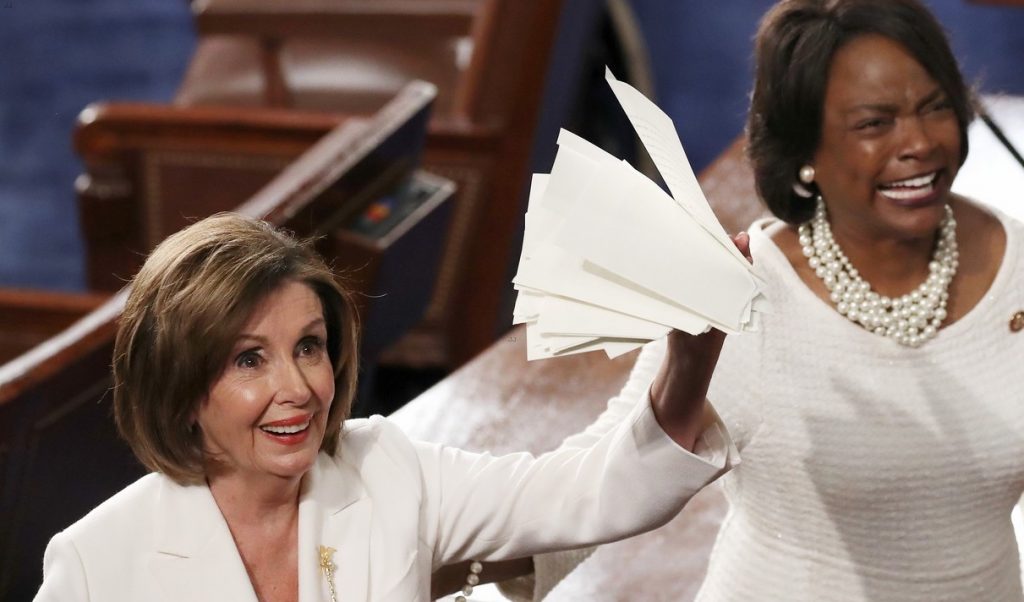