In China, propaganda is being spread among K-12 students that religion is harmful. Government departments in Xingtai have issued a letter which covers forbidding those who are underage from accessing religious venues. 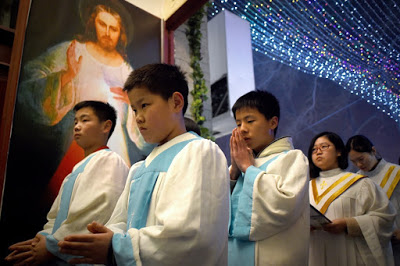 The open letter contains a list of reasons why students should not have a religious faith, including that the underage children are unable to think independently and they do not have independent civil capacity. If they are lured and forced to believe a religion and attend religious events, they are prone to be affected by illegal religious events and radical religious thoughts and their mental health and future eventually will be affected. All parents, regardless of their religion, should teach their children that they should not enter religious venues, or participate in religious events including religious trainings and summer camps, and they should stay away from all religious activities.

No Comments on "Government forbids students from accessing churches"