White House staff and other supporters of President Trump joined in a happy tap dance via social media. They gleefully mocked Jim Acosta CNN’s most caustic journalist, after he had reported from a section of a border wall declaring the terrible tranquility in the air. 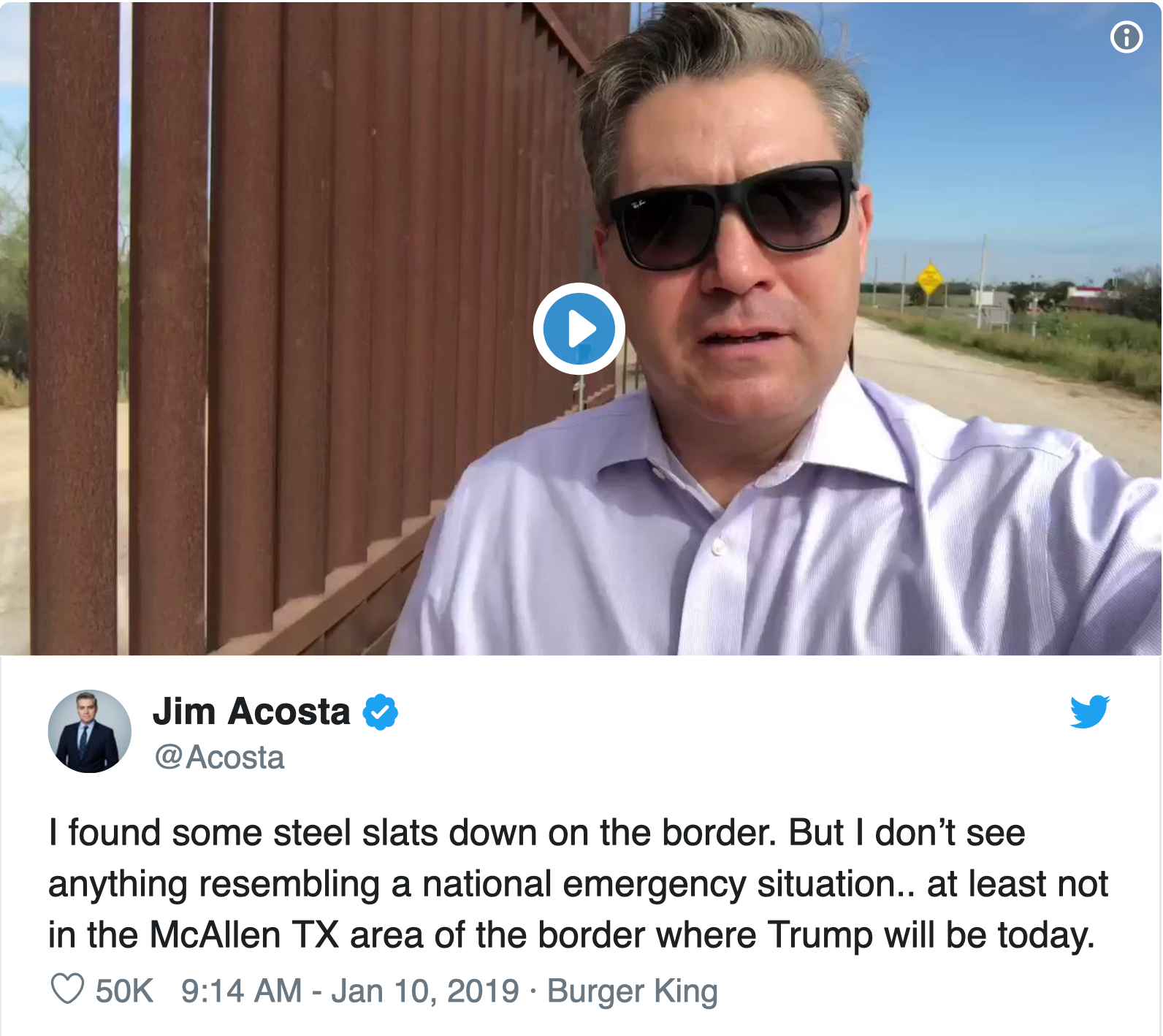 “But as I am walking along here we’re not seeing any kind of imminent danger,” Acosta reported as he walked against the barrier. “There are no migrants trying to rush toward this fence here in the McAllen, Texas area.”

“As a matter of fact, there are some other businesses behind me along this highway. There’s a gas station, a Burger King and so on,” the intrepid reporter said into the camera.