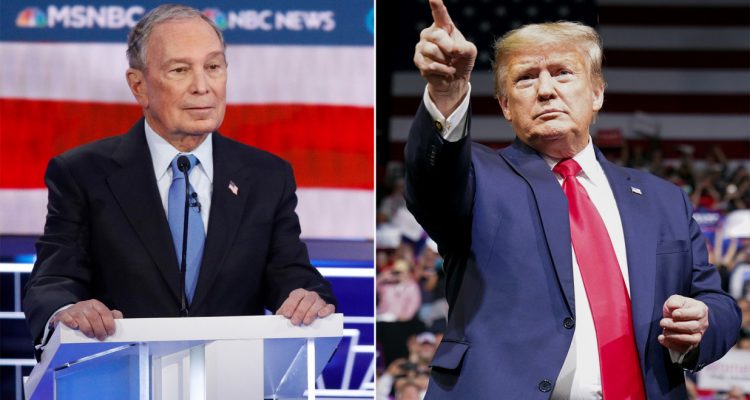 We first made our readers aware of billionaire Mike Bloomberg’s unconventional candidacy on December 1. Since then, the former New York mayor has nearly tripled his support nationally.

Bloomberg’s support has swelled from 6% to 16% thanks to an endless barrage of television ads, especially in the fourteen states that will be holding elections on March 3rd.

During the onslaught of advertisements, multiple videos and audio recordings have emerged which question the integrity and character of the three-time New York City mayor.

First to be released was a radio interview of Bloomberg defending his controversial “stop & frisk” policy before making the claim that “white people get pulled over too much”. Going further, he impressed that the only way of getting “the guns” out of the hands of young minorities is to “throw them up against the wall and frisk them”.

Bloomberg published a statement apologizing for the policy & saying, “my comments about it do not reflect my commitment to criminal justice reform and racial equity.”

Next, a video emerged which shows Bloomberg belittling American farmers by claiming that he could “teach anyone” to be a farmer before summarizing the job as “you dig a hole, you put a seed in, you put dirt on top, add water, up comes the corn.”

While the New York tycoon was not even on the ballot in many of the first-to-vote states, he is surging in the all-important, delegate-rich states of California and Texas. The two largest states will allocate a whopping 756 delegates to the Democrat National Convention.

Bloomberg appears to be eclipsing Joe Biden as the top choice of “moderate” Democrats but either way, Bernie Sanders is again facing the handicap of “Super Delegates”, all 437 of which will likely all be given to Bloomberg or Biden.

Given his wealth, Mayor Bloomberg will also have the upper-hand in negotiating with other Democrat candidates in the case of a brokered convention which occurs if no one secures enough delegates to win the nomination outright.

“I don’t think there’s any chance whatsoever of Senator Sanders defeating President Trump.” Mini Mike Bloomberg. Mini, there’s even less chance, especially after watching your debate performance last night, of you winning the Democrat nomination…But I hope you do!”

It has become a two-man race for the Democrat nomination for President after US Senator...More

No Comments on "As Bloomberg Surges, His Own Words Come Back To Bite Him"