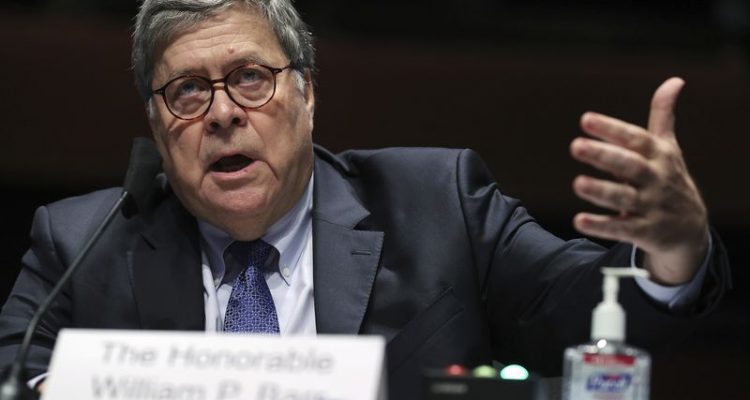 U.S. Attorney General Bill Barr testified in Congress this morning before the House Judiciary Committee, and he would not be railroaded by the Democrat majority.

The two-time Attorney General said “a mob” has hijacked the once-legitimate “BLM” movement saying of the violence in Portland, “It is, by any objective measure, an assault on the government of the United States.”

Rep. Mike Johnson (R-LA) asked General Barr how he responds to Democrats’ claims that he has politicized the Department of Justice (DOJ) to which he said, on the contrary, “What I have tried to do is restore the rule of law.”

America’s top cop called Robert Mueller’s Russia probe “a hoax” and challenged the president’s critics to point out one single example of preferential treatment, whether it be on the prosecutorial or discretionary side of the DOJ.

Barr also appeared to push back on the narrative of systemic racism saying, “I think it would be an oversimplification to treat the problem as rooted in some deep-seated racism generally infecting our police departments.”

“The threat to Black lives posed by crime on the streets is massively greater than any threat posed by police misconduct,” Barr explained. “The leading cause of death for young Black males is homicide. Every year approximately 7,500 Black Americans are victims of homicide, and the vast majority of them – around 90% – are killed by other Blacks, mainly by gunfire. Each of those lives matter.”

You can view a couple of the highlights from Barr’s testimony below in which he stuns one congressman and forcefully tells another that the federal response in Portland is entirely justified.