“Berserkly Berkeley” that’s their new name till they get their act together. Probably should hashtag it #BerserklyBerkeley

Berkeley police need to attend a weekend seminar in Chicago to see how police actually find suspects. If they can crack a case with a fake crime, Berkeley ought to be able to find someone committing an act of real violence that was viewed by 20 million Americans on TV.

But sadly, live video, nationwide coverage, and a dozen witnesses is still inconclusive in #BerserklyBerkeley. They need more data, like say, DNA, hair follicles, fingerprints, and supplemental video from preferably two other locations – with subtitles.

Or it may be that they need citizen engagement. Let’s come up with some ideas.

Here’s one:
I bet this guy they are looking for has been on campus before. Check records on past arrests involving Antifa or any other people arrested for run-ins with campus security or police in past protests involving Shapiro, Milo, Coulter or whoever. The guy clearly has an anger issue so a previous record is plausible.

Offer a reward for information leading to an arrest (a friend may turn him in. Even socialists like to turn a profit.)

Edit the video that was released and say “we have new information. Put a MAGA hat on the violent guy with the subtitle “Berkeley is MAGA country” coming out of his mouth. Advertise a cash reward for the discovery of the furious fisted mystery man to be split between him and whoever can identify him.

That’s all I can think of.

What are your thoughts? 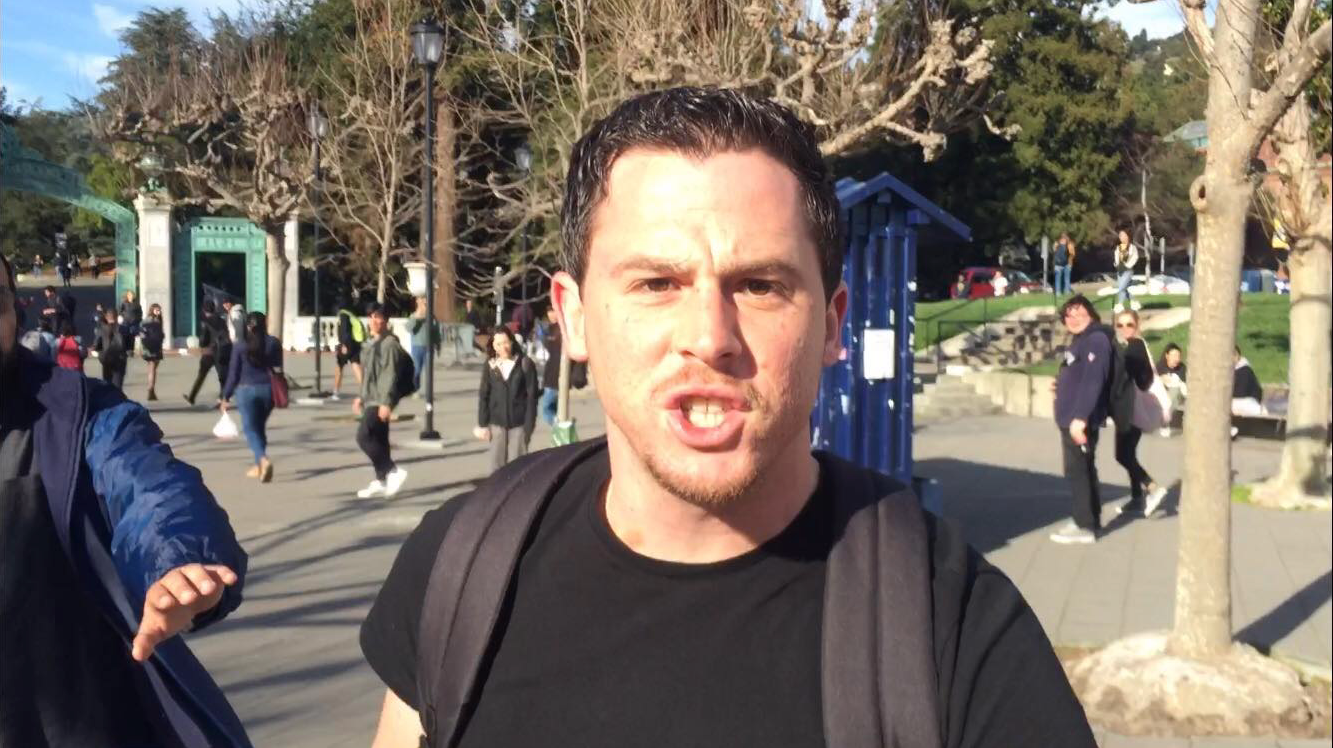 No Comments on "“Berserkly Berkeley”"