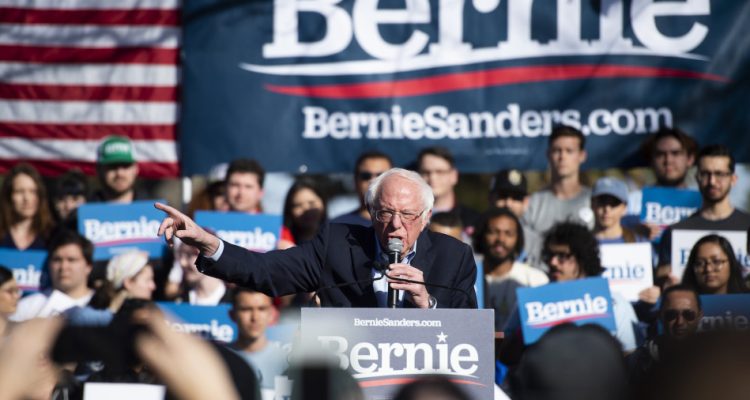 Democrats have descended into full scale panic mode as Senator Sanders claimed a landslide victory in Nevada. The win wasn’t necessarily a surprise; it was the trouncing Sanders gave to his opponents that has caused party moderates to switch from slightly concerned to complete and utter panic. Those moderates know that Sanders Socialist platform has little appeal outside the fringe left – the polling data shows that.

The latest NBC News/Wall Street Journal poll showed that 67% of those asked were “very uncomfortable” with a candidate being a socialist. Meanwhile, Rep. James Clyburn, the third ranking Democrat in the House, warned that the ‘socialist’ label will be ‘extra burden’ in South Carolina and down-ballot House races.

This is a fairly tame assessment – many in the party feel that if Sanders wins the nomination they will hand President Trump an instant and easy win. Sanders doesn’t really help ease their fears either.

In an interview that aired on Sunday Senator Sanders doubled down on his previous comments about Cuba and the Castro regime, saying “it’s unfair to simply say everything is bad.” This provoked outrage from the Latino community.

It’s not surprising that Sanders thinks there are worthwhile parts to the Castro regime. He’s spent his whole political life making the same promises that the Soviets, the Venezuelans, and the Cubans heard – “vote for me and I’ll give you free stuff – free preschool, free healthcare, free tuition” even though this is a lie.

The very people he is making these promises to will ultimately be the ones forced to pay for it. Take the ‘Green New Deal’ for example. That would cost the entire earned income of every US citizen!

No Comments on "Bernie Sanders Socialist Platform – Feel The Bern!"