The BBC recently released an 11-minute video portraying children in Israeli military detention. What the video fails to include, is that these children are consistently used and abused in the service of the Palestinian cause for terror activities and propaganda purposes. 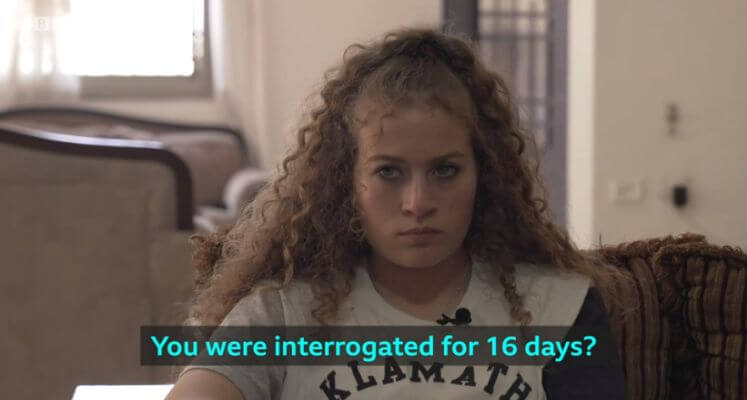 While the BBC shows footage of Tamimi attacking an IDF soldier, for which she spent eight months in an Israeli prison, it fails to give any real background on the Palestinian poster girl for terror. For the real tragedy is not Tamimi’s experience with the Israeli military court system (what the BBC terms a “childhood”).

Ahed Tamimi’s entire childhood has been spent in an environment permeated with Palestinian terrorism: terror  in which her family has long played an active and prominent role.  For example,  Ahed’s aunt helped plan the horrific Sbarros Pizza restaurant bombing, and her mother posted anatomically precise tutorials on how to most effectively stab Israelis.