CNS News: Bavaria’s Minister President, Markus Söder, a member of the Christian Social Union political party, recently had Christianity’s most recognized symbol, the cross, placed in government buildings. The head of the left-wing group, Jan Korte, voiced their disproval asking why the CSU group couldn’t do something to bring the people together, rather than to divide. 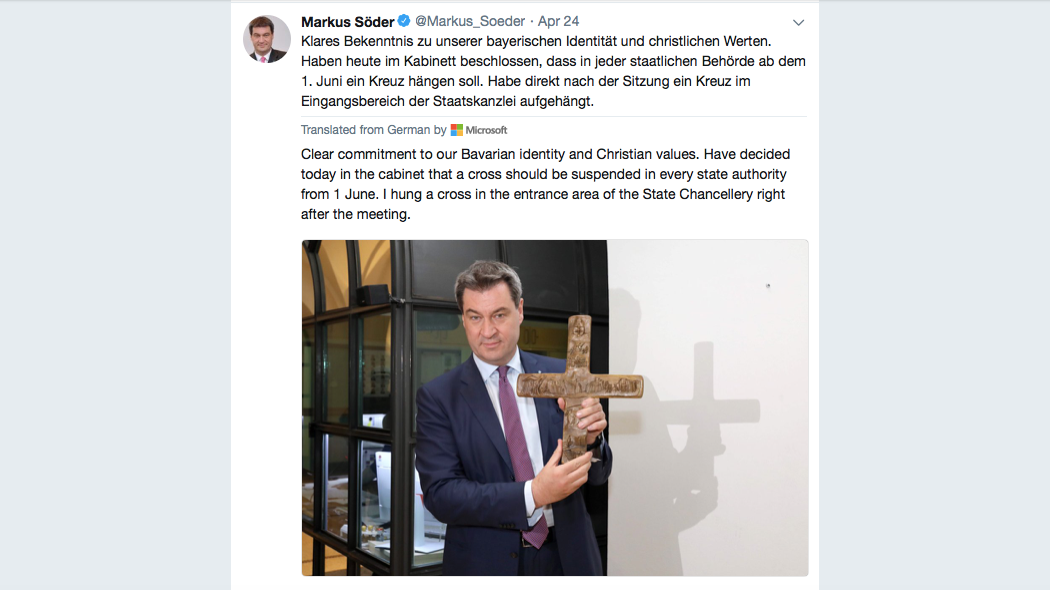 Markus Söder, the minister president of Bavaria and member of the Christian Social Union political party, said the crosses are not to be viewed as state-sanctioned religious symbols but as a “clear avowal of our Bavarian identity and Christian values.” Crosses already are compulsory in Bavaria’s public school classrooms and in courtrooms.