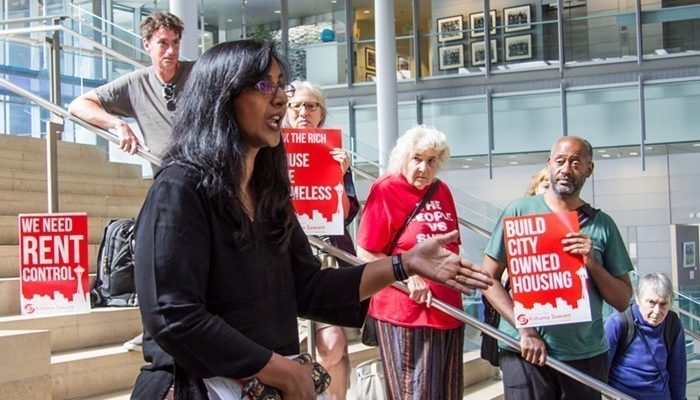 The march to Durkan’s home, later led to vandalism on her property despite the address being protected from her work as a U.S. Attorney. Tensions within the Seattle leadership have been on the rise due to ongoing issues taking place with constant protesting and rioting, including the CHOP zone, a six-block radius taken over by protesters (now cleared as of this morning). 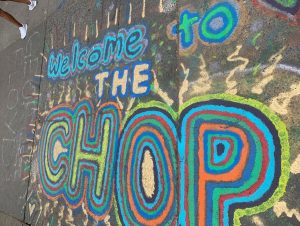 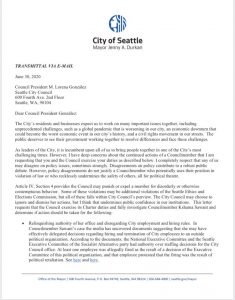 In recent weeks, Sawant has called for Mayor Durkan’s resignation amid criticism of the Seattle Police Department’s handling of demonstrations over the murder of George Floyd in Minneapolis. Sawant released her response to Mayor Jenny Durkan’s letter that asked the Seattle City Council to open an investigation into Sawant. She appeared thoroughly unruffled by Durkan’s admonition.

Kiro7, a local CBS affiliate, spoke with Sawant at a Tax Amazon event moments after becoming aware of the Mayor’s letter. She slammed the Mayor’s response to the protests against police brutality. Asked if she owed the Mayor an apology for the march on her home which later led to vandalism on her property, Sawant responded: “I was not the organizer of the march, but for as far as I know, and I was there for hours, there was no vandalism.”

But this march isn’t the only issue the Mayor wants to be investigated.

Sawant has openly called for Mayor Durkan to be impeached over her protestors’ handling and calling for the mayor’s resignation. In an interview with a local publication, The Stranger, Sawant, gave a full statement of her issues with the embattled Mayor.