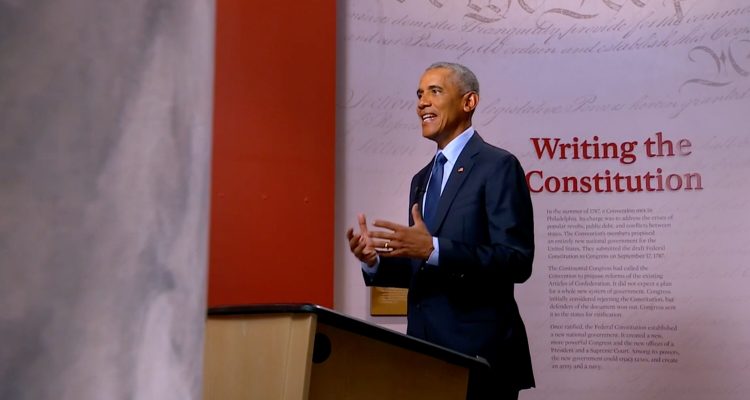 I forced myself to watch part of the Democrat National Convention this week, mainly to see what  former President Barack Obama and Hillary Clinton had to say.

As expected, they should be absolutely ashamed of themselves as their lack of authenticity was painfully obvious to those of us who have been paying attention.

First and foremost, they both pretended to wish the best for President Trump at the beginning of his presidency which we all know is a blatant lie especially given how Hillary feels about her loss and the fact that President Obama continued spying on the Trump campaign after his victory.

The most disgusting attacks levied by Clinton and fellow Democrats were the constant blaming of President Trump for the COVID-19 pandemic and even the economic downturn that came as a direct result.

Hillary Clinton is clearly still bitter over her historic defeat to President Donald Trump in 2016. She made sure to remind everyone that she won the popular vote but still lost the electoral college saying, “And don’t forget, Joe and Kamala can win by 3 million votes and still lose. Take it from me.”

<p”>Then came the 44th President. Barack Obama speaking from the “Museum of the American Revolution” while supporting extremists tearing down monuments to the American heroes who enacted the Constitution is the kind of irony that makes me sick. Obama claimed that President Trump is using our military against “peaceful protesters.”

The former president even criticized President Trump’s work ethic saying, “He has shown no interest in putting in the work, no interest in finding common ground, no interest in using the awesome power of his office to help anyone but himself and his friends.”

Last but not least, disgraced former President Bill Clinton was allowed to speak the night before despite the fact that a never-before-seen photo of him being massaged by one of Jeffrey Epstein’s victims went viral the very day before.

As if we didn’t already know, the leaders of the Democrat Party are absolutely morally bankrupt and they will do or say whatever it takes to reclaim power. As U.S. Senator Lindsey Graham (R-SC) during the Brett Kavanaugh confirmation hearings, “God, I hope you never get it.”