Washington Times: Just before the holiday weekend, Parkland student turned activist, David Hoggs, put out a call to protest Publix. Hoggs targeted Publix who is one of many companies who donate to the NRA. Publix succumbed to the pressure but didn’t stop with just their donations to the NRA. 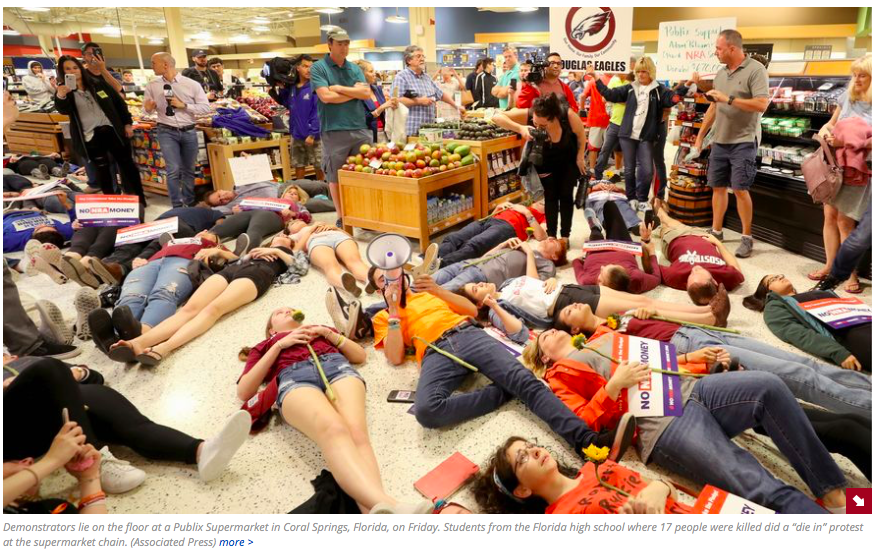 While Publix tilts decidedly right in its political giving, the supermarket giant has also donated more than $760,000 since 2008 to Democratic committees, including at least two dozen candidates for federal office at odds with the NRA.

The grocery chain based in Lakeland, Florida, also chipped in for presidential candidates former Secretary of State Hillary Clinton and Sen. Bernard Sanders in 2016, as well as then-Sen. Barack Obama in 2008, according to campaign finance records posted by Open Secrets.

Publix suspended its political giving Friday after Mr. Hogg and other activists launched a boycott and announced “die-ins” at two stores over reports that the company had donated $670,000 in three years to GOP gubernatorial hopeful Adam Putnam, a staunch NRA supporter.