A September 30th article published by the New York Times contains a claim accusing President Trump of pressing the Prime Minister of Australia. The claim cites two anonymous U.S. officials who alleged President Trump pressured Australian Prime Minister Scott Morrison asking him for assistance with the Russia investigation. A letter with information conflicting with this latest allegation has since come out. 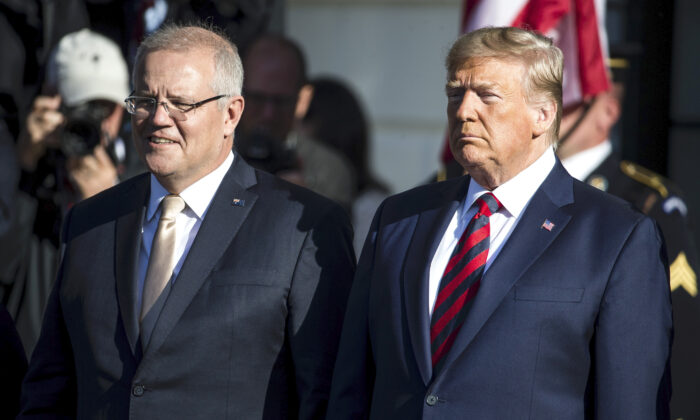 Following the report, a number of details emerged that conflict with the Times’ insinuation that Australia had been “pressed” by Trump to cooperate with Barr.

A letter shared by a reporter from Australian news outlet Nine on Sept. 30 showed that Australia under the new leadership of Prime Minister Scott Morrison had reached out and expressed its willingness to support the attorney general’s investigation into “the origins of the Federal Bureau of Investigation’s probe into Russia links to the 2016 U.S. election.”

The letter dated May 28 was addressed to Barr from Joe Hockey, the Ambassador of Australia to the United States, in response to the president’s comments that he hoped Barr’s team would “look at” Australia, and also the UK and Ukraine, “because there was a hoax that was perpetrated on our country.”