Reuters: While at a United Nations Security Council meeting regarding sanctions against North Korea, Ambassador Nikki Haley brought up several concerns. She stated Russia was helping North Korea illegally obtain fuel through transfers at sea, refused to expel a North Korean who the council blacklisted last year, and had pushed for changes to an independent U.N. report dealing with sanctions violations to cover up breaches by Russians. 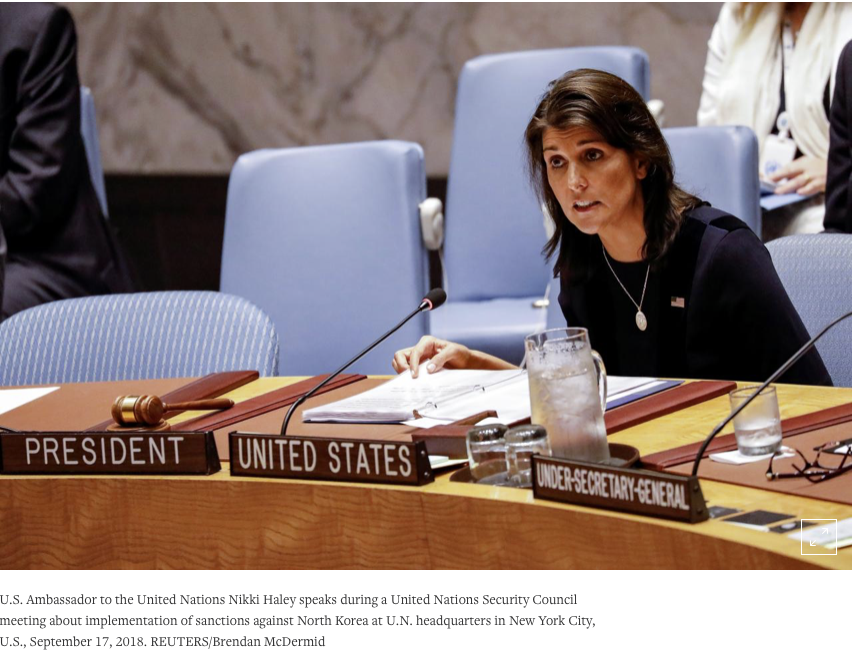 Haley said that while “difficult, sensitive talks” between the United States and North Korea are ongoing, it was the wrong time to start easing sanctions on Pyongyang.

“It is impossible to come to an agreement if you offer nothing in return for your demands,” said Nebenzia, suggesting that a confidence-building measure could be for North and South Korea to sign a peace treaty.

No Comments on "At U.N., U.S. Accuses Russia Of ‘Cheating’ On North Korea Sanctions | Reuters"