Democratic Socialist, Alexandria Ocasio-Cortez tried to fight back on twitter in response to a billboard that appeared in Times Square.

Few things effectively communicate the power we’ve built in fighting dark money & anti-worker policies like billionaire-funded groups blowing tons of cash on wack billboards (this one is funded by the Mercers).

What Cortez fails to realize is that people don’t really care who funded the billboard, they care about the facts of the issue and the way that she and others conducted themselves likely cost New York City tens of thousands of jobs, billions in lost earnings and billions in lost economic activity.

When first asked about the deal that she helped torpedo, she stated that it was “incredible”. Listen to her explanation of how that $3bn that NYC was going to be “paying for those jobs,” could be spent on teachers instead.

Now anyone who is not an idiot could tell you… 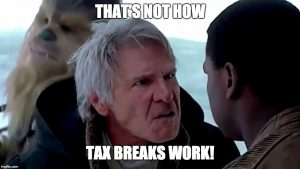 That’s not how the force works AOC!

Things like facts never get in the way of Alexandria or her faithful’s narrative, however, so of course, it’s all about evil billionaires and dark money, not the thousands of jobs she cost the city of New York.

The Job Creators Network, who paid for the original billboard were quick to respond to AOC’s “wack” billboard comments. They won. 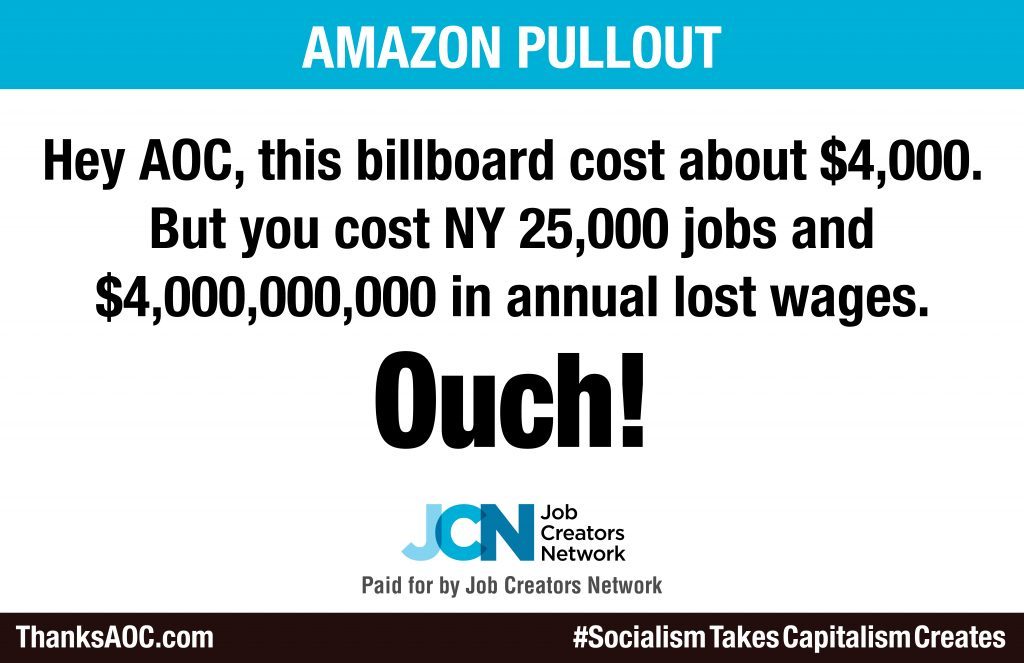 Mario Murillo shares his thoughts regarding the attempts by the Left, led by Adam Schiff...More

The re-election campaign of President Donald Trump has kicked into full gear as slick ads...More

Tell me that art does not tap into the prophetic. Big Technology is working with...More

No Comments on "AOC Tries To Defend Herself From Billboard. Fails."