Over 3,000 family unit cases of fraud have been identified by the Border Patrol in the last six months. This highlights deficiencies in the U.S. immigration law has been taken advantage of by drug lords and traffickers. 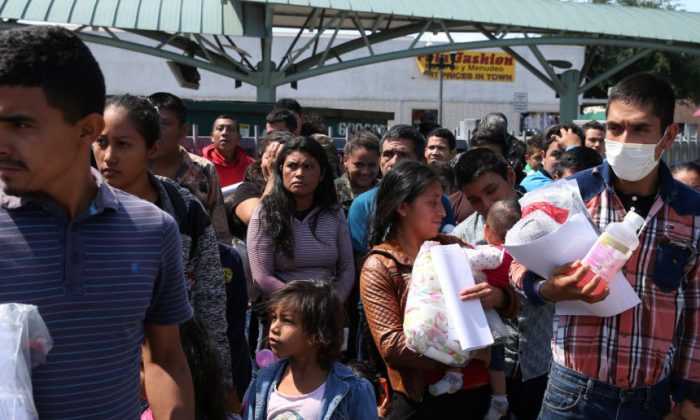 Officials said in a statement on April 17 that the agency discovered a new tactic of counter-surveillance used by smugglers to help illegal aliens cross the El Paso sector. One agent, who was monitoring the border at night, spotted a small airborne object—which appeared to be a drone—traveling northbound across the border. The object traveled about 100 yards into the United States before returning back to Mexico and repeated this pattern three times.

No Comments on "Over 3,000 Fraudulent Family Cases Identified by Border Patrol"