A second wave of illegal invaders has crossed into Mexico on Monday, some armed with bombs and guns. Hundreds of people in this new wave made the crossing, despite the huge police presence.

The new wave followed the same path as the first heading to the US border, crossing the river from Guatemala into Mexico. Once they reached the Mexican side, they were quickly surrounded by Mexican officials in riot gear. 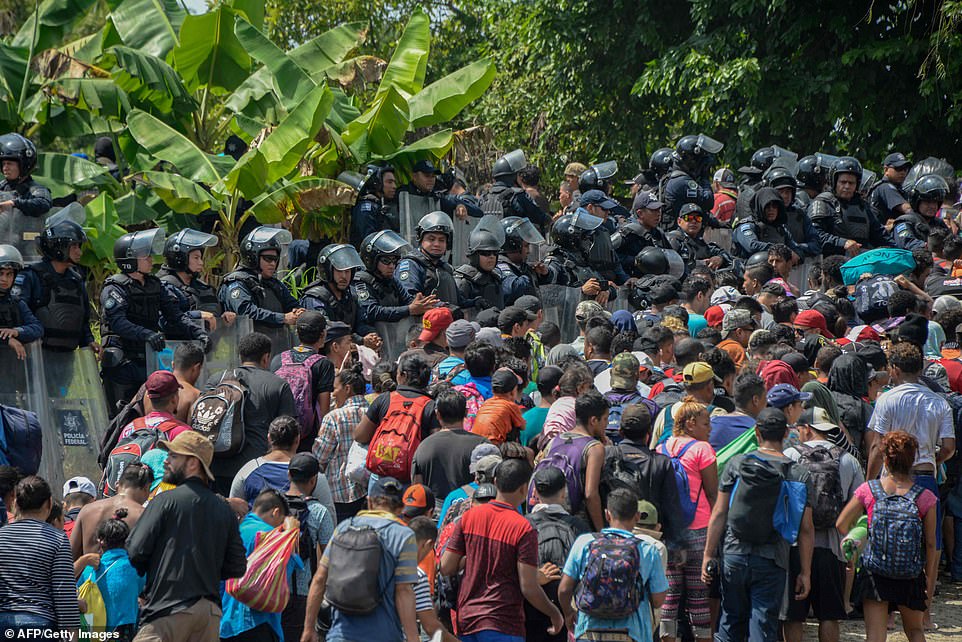 Guatemala’s Interior Ministry said that the second group was responsible for wounding Guatemalan police officers and that they had been seen using children as human shields.

Mexican Interior Secretary, Alfonso Navarrete Prida, said that on the Mexican side the police and immigration officials were attacked with rocks, glass bottles and fireworks when the invaders broke through a gate. He also said some of the attackers carried guns and firebombs.

US Military Redirects Billions For Wall, Mexico Cuts Illegal Crossings By Half

According to a press release on behalf of the Western Wall Heritage Foundation, President Alvarado...More

WHAT’S REALLY GOING ON AT THE BORDER (I live in TEXAS)!

WHAT DEMOCRATS ARE DOING IN TEXAS If the Soros funded anarchy machine can keep the...More

No Comments on "A New Wave of Illegal Invaders Storm The Mexican Border, Some With Guns And Firebombs"