Israel responded to the 400 rockets and mortars were fired from the Gaza Strip into their country. Approximately 100 projectiles fired from Gaza into Israel were shot down by the Iron Dome missile defense system. In the war against Hamas, the Israeli Air Force responded by taking out 150 targets in Gaza. 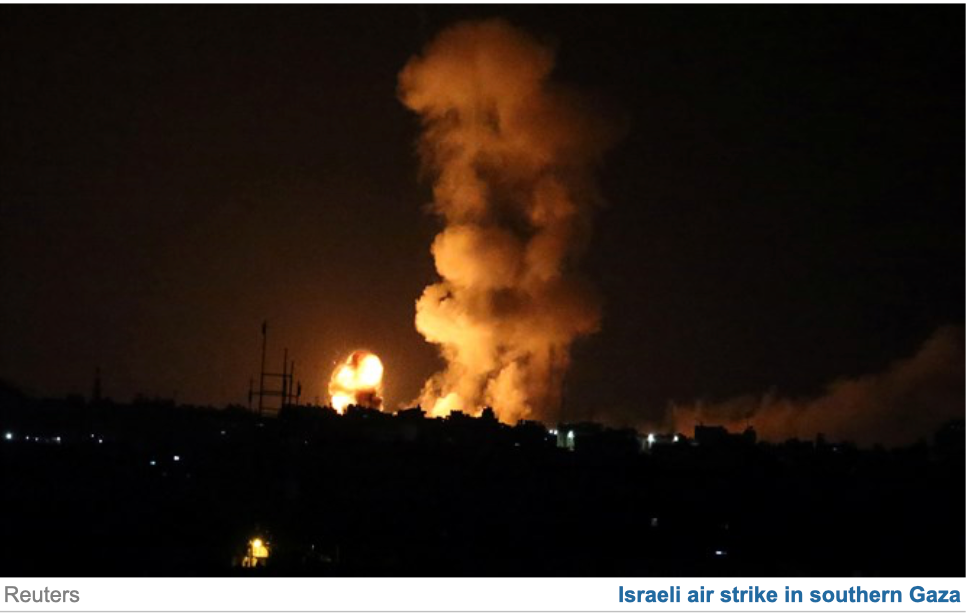 “As of now, the IDF has struck approximately 150 military targets belonging to Hamas and the PIJ [Palestinian Islamic Jihad] terror organizations, including three governmental structures that were used for military purposes. At this time, the IDF’s strikes are still ongoing,” the spokesperson said.”

Earlier Tuesday morning, the IDF reported that nearly 400 rockets and mortars had been fired from the Gaza Strip into Israel. Approximately 100 projectiles fired from Gaza into Israel were shot down by the Iron Dome missile defense system.

One person was killed and another injured when a rocket fired by terrorists operating out of the Gaza Strip slammed into a residential building in the coastal Israeli city of Ashkelon.

No Comments on "400 Rockets Fired At Israel, IDF Hits 150 Terror Targets In Gaza"